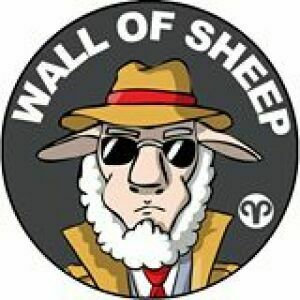 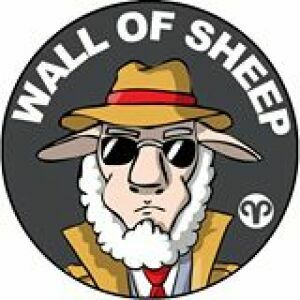 2 weeks ago •
Are you using them to boost other people? Some good posts out there that deserve more rewards. No need to boost mine.

2 weeks ago
I have done, yes. TBH, I earn (IMO) a decent amount of points because of my delegation, so a boost at 250 points only takes me four or five days to recoup. I like the points more than HP HBD, mainly because I actually GET POINTS. I get them for staying logged in (Heartbeat) for commenting for delegating, and I can also win them on Discord

2 weeks ago •
I earn HP from manual and automated curation. Also earning from a few games plus pools and stuff. All adds up. I get some ecency points too, so got a few thousand.

2 weeks ago
I don't do the games. TBH, I had an idea for three separate posts but to be honest with you, and I know we've been over this time and again. I really don't have the inclination to devote the time to it because, to be honest with you, there are only so many times a person can take $2.60 until they become disheartened. I get far more emotional reward out of the Fediverse. 🤷‍♂️

2 weeks ago •
Well keep taking the $0.00 from other platforms :) I thought it wasn't about the money. I can get a load of responses on Hive, which is more than I get elsewhere.

2 weeks ago
For me, it's the other way around. I can get loads of comments on the Fediverse and just you commenting on Hive. I can see why so many get disheartened. I don't have 10 years left to break into the top 20 circles of adulation. If five years is not enough for Hive then maybe it's time to devote my energy elsewhere where I'm more appreciated. As for the so-called money and taking $0.00 elsewhere, I'm taking feck all on Hive so what's the difference?

2 weeks ago •
Just shows you have made more connections here than there. Not really a refection of the qualities of either platform. I've not been on Masto long enough to get much engagement apart from a few people I already know.

2 weeks ago
pfft just read the Toots man, I see ten to fifteen Toots a day enthusing how welcoming Mastodon is and how they wished they'd found it sooner. There's no "Working at it" on the Fediverse like you keep telling me it is on Hive. I guarantee you drop out a couple of eye-catching Toots, and they'll all want to rub your legs. On Hive, either your face fits, or you have to churn out puerile sycophantic bilge. You're liked, and that's good. I've worked hard to be liked, I'm fairly popular (I believe) on Discord, but that still doesn't seem to have benefited me much. Oh well, enough bitching I think. #LeSigh
#LeSigh

2 weeks ago •
That's not everyone's experience on #Hive. It is a fairly small community with cliques though. I want it to grow and be more diverse. Funny how you stuck with it so long when you don't seem to like it much. I enjoy your posts anyway.
Do you think Youtubers go from nothing to earning without putting in work? You can potter around on Hive making pennies or build communities and do better. Your choice.
#Hive

2 weeks ago
Dunno, I'm on Youtube, but I'm not looking to be the next influencer on there.

See, I have said, "I'm not in it for the money." and that's partly true. I'd be happy to accept the embarrassingly low rewards if I had at least seven or eight conversations, but as I said, the only one that makes an effort is you, so the fact is if nobody wants to engage with me, fine, reward me instead. But no, it's a double whammy. Piss poor rewards and a fooking leper gets more interaction than me.
I'll give you an example seeing as you think I'm talking bollocks. Your mate slobberchops. Pretty much every post of his I see (Usually on Twitter); not only do I vote on it, but I also comment on it too. I believe (But I could be wrong) he has only commented on three of my posts. Now I'm not picking on him the point I'm desperately trying to make is; I am putting the work in for feck all in return. How much longer does one bang one's head against the wall? It's why I hardly post I say to myself. "What's the point?"

2 weeks ago •
Mr Chops is not the most social fella, but for some reason big accounts like his posts, perhaps because he invested big. There's a mix of people on there with some really active areas.
But you feel free to do whatever makes you happy. I just 'led the horse to water'.
I just want #Hive to be better known and for others to give it a go. You certainly did that. I don't bother with some platforms like Insta and Tiktok. Can't spread myself too thin.
#Hive

2 weeks ago
Na, I could have picked a few others, but I knew you knew him; the point I was trying to make was, "I do make an effort" but it's not working for me.

2 weeks ago •
I've tried to help you out with votes, advice and referrals. I don't have the magic formula that makes it work. I just do what is fun for me. I have made 20x as many comments as you, so that may be a factor for my success.

2 weeks ago
I know, and I appreciate it. I don't know how I can word it any other way? "It is mainly only you that interacts or votes on my account. You and I just don't have the same opinion of Hive. Like most things in life, if something is enjoyable and fun, people are going to enthuse about it, but if it's not fun and not enjoyable, they're going to complain. Have you noticed how it's always the successful ones in life that respond: "I dunno what they're talking about? It all seems fine to me. 🤷‍♂️ ".

1 week ago •
we each have a different experience of any platform with lots of factors involved. I've probably connected with a lot more people than you have.
I was considering a post about this topic as you're not the only one to wonder if #Hive is worth your time. Time is valuable.
#Hive

1 week ago
Ordinarily, I would say you should; however, I'm not sure you could handle the topic objectively, given that you are totally committed to the platform. 🤷‍♂️

1 week ago •
I can try to see it from other points of view and I've spoken to a fair few people about it. You've seen how I try to help new people. Nothing is perfect and we should be looking for ways to improve matters.

1 week ago
You're taking it personally again, and it's not aimed at you!
It's aimed at the whole concept/structure. TBH with you, it's been going downhill since the split from STEEM. Every hard fork seems designed to fuck the little guy; the problem is, the developers have little choice because if they don't make the rewards harder to obtain, then the big accounts that already earn 5, 6, 7, maybe even ten times what the smaller accounts earn will see their rewards increase to an extent that sees the gap between Rich and Poor 🤣 grow even further and that leaves them open to accusations such as I'm making only impossible to refute.

I was thinking about this last night, and Hive is so hypocritical it's untrue. "You don't earn anything for posting on Twitter." but (Potentially) if I post in the style of Twitter (say 200 characters) on Hive, either of two things happens. The post will be hidden because there's little to no content in it, or HW is all over it like a rash for "Poor content." like I keep moaning: "Why should I spend two hours or more of my valuable time creating a post that doesn't even break the $10 barrier let alone the heady rewards I see of $75 for posts I wouldn't even wipe my backside on.

I think it's very unfair to give a response of: "Well, leave then!" that just demonstrates that Hive doesn't have the answer or just doesn't care. 🤷‍♂️

1 week ago •
Who's taking it personally now?

1 week ago
Me and a couple of hundred others I believe. 😛